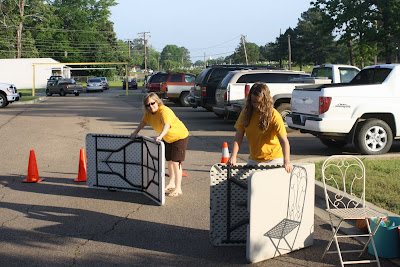 Melinda and Laura Brandon Parker starting to set up 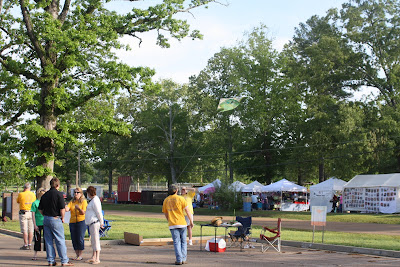 Mark Wilson testing out his game where the person had to keep a kite attached to his hat in flight for a minute! 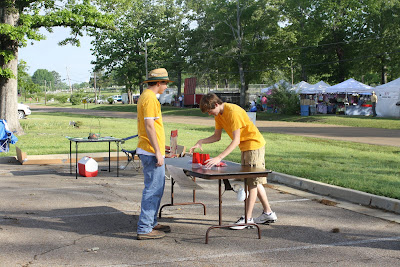 Corey Clark setting up his game. 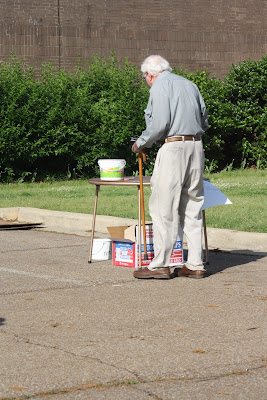 Mr. Robin Mathis came over to visit our team! 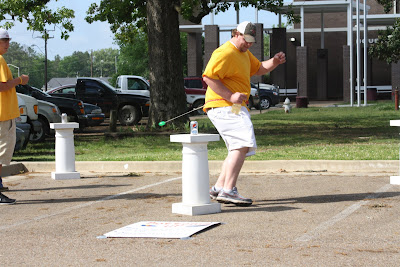 Thomas Brown taking a break from his game to goof off a while! 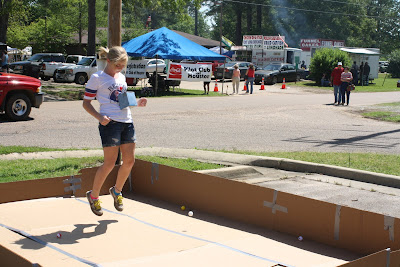 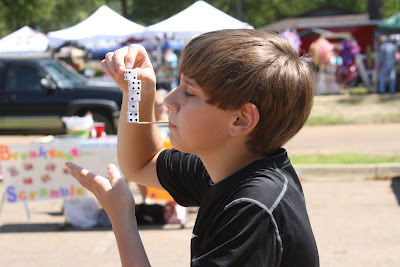 This was a game where you had to hold a Popsicle stick in your mouth and stack six dice on it and be able to hold it for thirty seconds! 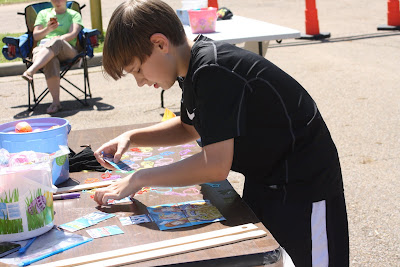 We had an assortment of prizes including silly bands,Easter eggs, and candy! 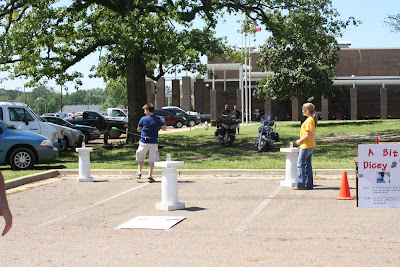 Nick's Callahan little brother Lane Callahan trying to knock Coke cans off of the pedestals with a yoyo tied behind his back! 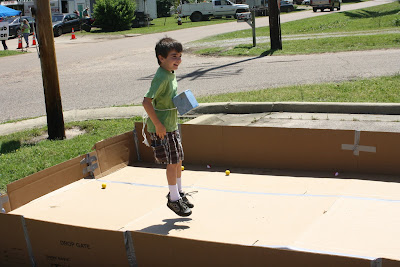 Mrs. Turman's Grandson Grey trying to get all of the balls out of the box within sixty seconds! 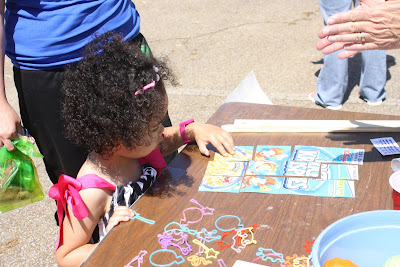 This little girl was trying to put the cereal box cover together! 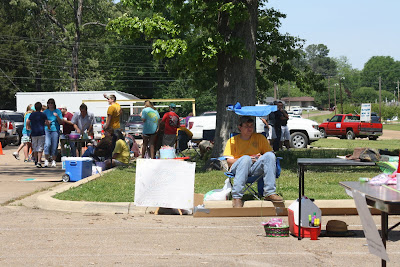 Mark Wilson stayed out of the sun with his covered chair! 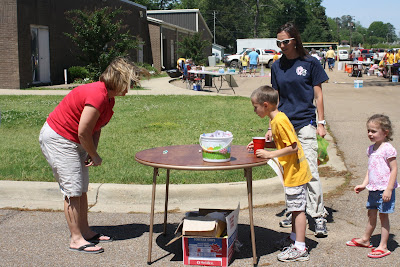 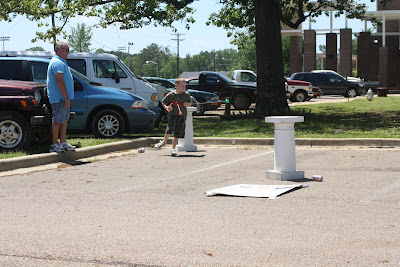 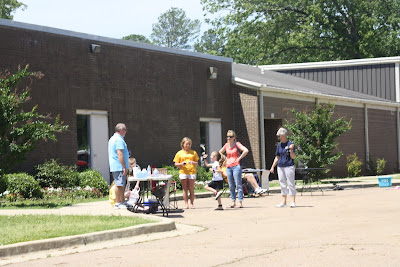 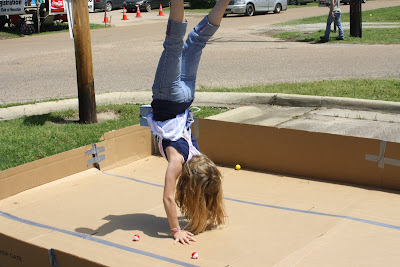 
Our team set up a fundraiser at the Flywheel Festival based on the popular show Minute to Win It! Games were set up ranging from simple to almost impossibly difficult and challenged everybody to try to beat them! We appreciate everyone that came out and also enjoyed watching everyone trying to beat the games!

Posted by Sundancer at 2:00 PM No comments:

Email ThisBlogThis!Share to TwitterShare to FacebookShare to Pinterest
Newer Posts Older Posts Home
Subscribe to: Posts (Atom)
CELEBRATING THE PAST...RACING INTO THE FUTURE 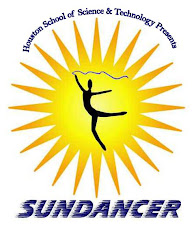 Lucky 14 with a New Goal

Our team is extremely proud to announce that we have brought home our fourteenth victory from the Solar Car Challenge! We could not have done it without the numerous people that continue to support us year after year! Please continue to follow our blog and Facebook throughout the year! This year our goal is to go to Australia for the World Solar Car Challenge. 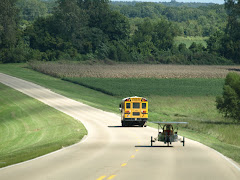